To share your memory on the wall of Curtis Good, sign in using one of the following options:

He was born in Reamstown to the late Walter W. and Helen R. (Swartz) Good and was the hus... Read More
Curtis V. Good, 88, of Brethren Village, formerly of Reamstown, passed away on Tuesday, November 3, 2020, at Hospice and Community Care, Mount Joy.

He was born in Reamstown to the late Walter W. and Helen R. (Swartz) Good and was the husband of Patricia A. (Grabill) Good with whom he celebrated 67 years of marriage on April 1, 2020.

He was active as a longtime member of First United Methodist Church, Ephrata, where he taught Sunday school. He served on several committees including, church council, Pastor Parish, Stevens Ministry, sick and shut-in ministry and Gideon Ministry.

Curtis was a graduate of East Cocalico High School, class of 1949. He then proudly served in the Air Force during the Korean War, stationed in Okinawa, Japan and the Philippines. After his military service, he attended General Motors Institute and worked in sales at Messick Chevrolet for 15 years. He later became a Nationwide Insurance agent in Ephrata. During his 26 year career, he earned many sales awards and trips to Puerto Rico, Spokane, Washington and others before retiring in 1998. He played in the Cloister Post #429, American Legion Drum and Bugle Corp. and on Kessler Air Base Drum and Bugle Band. For several years he served with the Ephrata Jaycees.

He was active in sports including softball, volleyball, tennis, table tennis and golf. He was a long time Philadelphia Eagles and Phillies fan and Penn State fan. Curtis also loved horseback riding. He enjoyed hunting, fishing, boating and riding four wheelers at his cabin in Centre County. He especially enjoyed spending time with his grandchildren at the cabin and watching them play sports.

He will be reunited with his daughter, Debra Morris.

A greeting time will be held on Saturday, November 21, 2020, from 10 to 11 am, at the First United Methodist Church, 65 N. Church St, Ephrata, followed by a Service of Celebration of Curt's Life at 11 am, with Rev. Walter S Carter officiating. Private interment will take place at Mt Zion Cemetery, Ephrata.

To send flowers to the family or plant a tree in memory of Curtis V. Good, please visit our Heartfelt Sympathies Store.

Receive notifications about information and event scheduling for Curtis

We encourage you to share your most beloved memories of Curtis here, so that the family and other loved ones can always see it. You can upload cherished photographs, or share your favorite stories, and can even comment on those shared by others.

Posted Nov 10, 2020 at 09:54pm
Treasuring the many happy memories of times spent with our wonderful extended family.

3 trees were planted in the memory of Curtis Good

Posted Nov 12, 2020 at 02:24pm
Dear Mrs. Good, Craig, Mark and Tim,
My Dad always looked forward to playing tennis with Curt, and greatly enjoyed their friendship. I will remember him as someone who was always perky and cheerful, and who always had a kind smile on his face. He was one of the great "neighborhood Dads."
So sorry for your loss,
Karen (Wechter) Lowrie
Comment Share
Share via:
SS

Posted Nov 10, 2020 at 09:52am
Condolences to Craig, Kathy and the whole Good family. It seems like I spent as much time at the Good residence as I did at my own during certain stretches of my childhood and always enjoyed "Mr. Good's" love for life and interest in so many different activities. Best memories are of boating/fishing in the Thousand Islands and many games of volleyball in the Ephrata Rec League. Kris and I are keeping you guys in our thoughts and prayers. 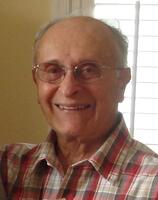